Canada is one of the world’s top 10 hydrogen producers in a global market whose value is set to rocket to an estimated €10tn by 2050, driven by increasing demand. The Government of Canada released its Hydrogen Strategy for Canada in 2020, which seeks to build on the country’s existing expertise in energy, clean tech and innovation, especially in the fields of hydrogen and fuel cell technologies.

As part of its overall action plan to achieve net zero carbon emissions by 2050, the Canadian government is spearheading its support for the production and use of low-carbon fuels with a range of initiatives. These include the Strategic Innovation Initiative Fund (SIF), which is aimed at the country’s industrial and technology sectors and provides an investment worth CAD$3bn to help reduce greenhouse gas emissions through the Net Zero Accelerator initiative.

Production (million metric tons) of hydrogen worldwide between 2015 and 2018, with a forecast until 2050, by type

* PE scenario refers to the “Planned Energy Scenario”, which takes into account current governmental policies and targets as of 2019.
** TE scenario refers to “Transforming Energy Scenario”, assuming governments will be adopting more ambitious policies in order to reach the Paris Agreement of minimizing carbon emissions and staying below a 2 degree Celsius global temperature rise. 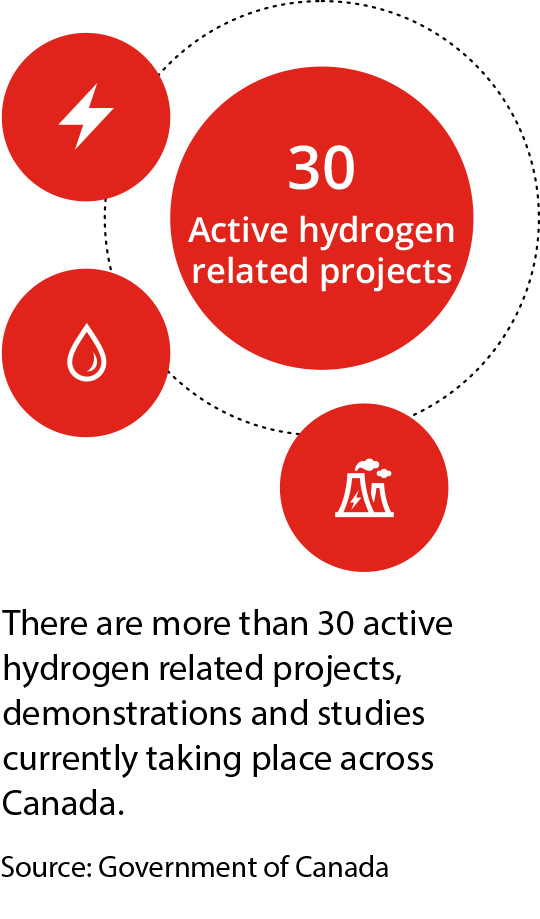 “This investment for the Strategic Innovation Fund’s Net Zero Accelerator means companies in Canada will decarbonise faster and our clean-tech sector will scale up faster,” the then Minister of Innovation, Science and Industry Navdeep Bains said at the launch of the initiative. “In turn, they will offer the world more of the low-carbon products that consumers and investors increasingly demand.”

The CAD$1.5bn Low-carbon and Zero-emissions Fuels Fund has also been set up to help implement the quick wins that have been identified in Canada’s hydrogen strategy. These include the creation of new hydrogen supply and distribution infrastructure, the upgrade of oil and gas pipelines, the development of ethanol plants and landfill gas recovery, and the roll out of fuel cell technology in heavy goods vehicles, forklifts, light electric vehicles and buses.

Research, innovation and entrepreneurship in Canada benefits from significant tax breaks through the Scientific Research and Experimental Development (SR&ED) tax incentive scheme. At the federal level, these take the form of a 15 per cent non-refundable tax credit on qualified expenditures, while certain Canadian-controlled private corporations are also eligible for a 35 per cent refundable credit on the first CAD$3mn of qualified expenditures. Generous tax credits of between 4.5 and 30 per cent are also available from the country’s provincial governments.

Sustainable Development Technology Canada (SDTC) – which was created by the Canadian government to fund the development of new clean technologies – has invested more than CAD$1.38bn in 460 companies since 2001, creating nearly 17,000 jobs. Last year, it awarded a grant of CAD$4.8mn to the Ontario-based Key DH Technologies Inc, whose subsidiaries include Hydrogen Optimized, which develops and commercialises water electrolysis systems for the large-scale production of clean hydrogen.

“Our commitment to advancing Canada's 2050 net zero targets is strengthened by supporting climate tech entrepreneurs who are finding innovative solutions to drive the green economy forward,” SDTC’s President and CEO, Leah Lawrence said when the award was announced. “SDTC is proud to invest in Key's project, which has the potential to significantly reduce carbon emissions and help build a cleaner and greener future for all.” 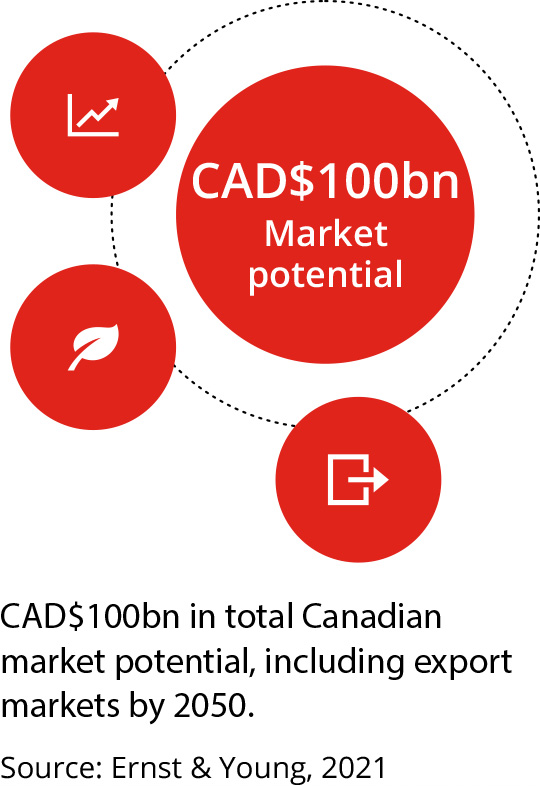 In 2021, the CAD$15mn Alberta Zero-Emissions Truck Electrification Collaboration (AZETEC) project, which will validate the design, manufacture and operation of long-range hydrogen fuel cell electric trucks operating between Calgary and Edmonton, attracted a CAD$2.3mn investment from the Canadian government and CAD$7.3mn from Emissions Reduction Alberta (ERA).

Led by the Alberta Motor Transport Association, the AZETEC project is researching barriers to fuel cell electric truck adoption. It has installed and is testing a hydrogen fuelling station for highway heavy-duty commercial fleet vehicles in real-world conditions, including its ability to function in temperatures ranging from -40°C to +40°C and the ability to refuel in 20–45 minutes.

In western Canada, the provinces of British Columbia (BC) and Saskatchewan also have incentive schemes that support the hydrogen industry. The CleanBC Program for Industry has two components: the CleanBC Industrial Incentive Program (CIIP) and the CleanBCIndustry Fund for greenhouse gas reducing projects and innovative clean technologies. BC’s 2022 budget includes CAD$310mn over three years to support the decarbonisation of industry.

Saskatchewan’s government formally approved the first tax credits through its Saskatchewan Petroleum Innovation Incentive (SPII) in 2020 for a project by Proton Technologies, a Calgary-based company that extracts hydrogen from existing oil reservoirs at a cost that makes it immediately competitive with natural gas.

“A region with low-cost clean electricity and fuel at a large scale can provide significant benefits to other energy-intensive businesses, enabling a new, clean, competitive industrial ecosystem,” Proton’s Chairman and CEO Grant Strem wrote in December 2021. “Carbon-negative hydrogen will become a critical component of the global movement to decarbonise the energy industry, by turning oil and gas infrastructure into sources of clean, low-cost energy.”

The time is now to invest in hydrogen in Canada.