Canada is a global leader in AI, thanks to exceptional talent, stellar research institutions and the decision to make it a strategic priority

Owing to the combined efforts of research centres, government, businesses and start-ups across Canada, artificial intelligence (AI) is venturing far beyond the laboratory and is already being integrated into a wide range of industries, transforming business models, supply chains and working practices along the way.

Canada was the first country to announce a national AI strategy in 2017, and is now widely seen as a global leader in the industry. The presence of world-class AI research centres such as the Alberta Machine Intelligence Institute (Amii); Mila – Quebec AI Institute, a partnership between Université de Montréal and McGill University; and the Vector Institute for Artificial Intelligence in Toronto, has contributed to a depth and breadth of world-class talent in Canada that is attractive to ventures worldwide. 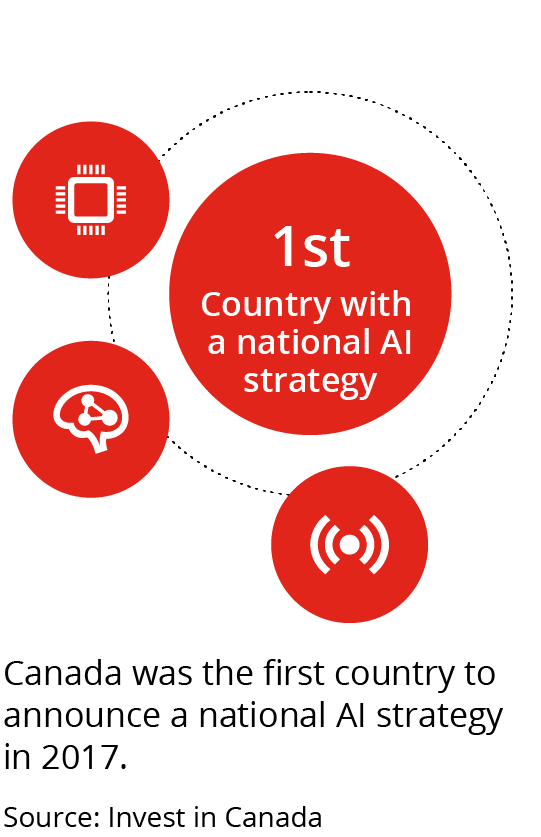 “The best talent is located along the beltway from Kitchener, Ontario, to Montreal, Quebec – with Toronto as the epicentre,” says Naheed Kurji, co-founder, president and CEO of Cyclica.

Cyclica operates in the medical sector, with a mission to disrupt what it describes as the “current drug discovery paradigm”.

“It simply takes too long and costs too much to bring drugs to patients and, at Cyclica, we believe that the future of drug discovery is in the hands of innovative research institutions and emerging biotech companies,” Kurji says. “Unlike a given biotech company focused on one disease area, with one or a few programmes for that disease, Cyclica is a neo-biotech. We don’t want to advance medicines for one disease – we want to be the major company that decentralises how medicines are discovered for all diseases.”

Cyclica's leadership decided in 2014 to remain in Canada, and not to relocate to potential locations in the US, in large part because of the availability of world-class talent in the Ontario–Quebec corridor, the most densely populated and heavily industrialised region in Canada. They are not alone in this.

Established in April 2014 at the deep tech incubator TandemLaunch, Montreal’s wrnch was founded by the AI entrepreneur Dr Paul Kruszewski. The deep learning software company is currently building the wrnch Engine, the world’s most advanced human-centric computer vision engine, which will teach cameras to see and understand people in the way that humans do.

“Canada is home to some of the top universities in the world, and produces talented graduates in technology and AI. Montreal, particularly, is a hub for AI and has one of the largest deep learning science communities,” says Dr Kruszewski. “wrnch has been able to recruit top developers and AI scientists by being based in Canada. We have also partnered with Mila, a community of over 500 machine learning researchers, to improve how computers recognise and respond to human motion and shape.”

Western Canada has its own AI hub in Edmonton, Alberta. Medo aims to use cutting-edge AI to transform ultrasound by enabling it to detect common and critical conditions even when used in remote and rural settings. After establishing Medo in Singapore, the team thought long and hard about where to set up its second headquarters. Given the unique support system and infrastructure that Canada provides for start-ups, it was a natural choice, says Dr Dornoosh Zonoobi, Medo’s co-founder and chief executive.

Canada is home to some of the top universities in the world and produces talented graduates in technology and AI.

“Canada is a great place for building a deep tech company. There are several universities and research centres focusing on AI, including the University of Alberta and Amii, widely regarded as leading global AI hubs – and only minutes from Medo's office,” says Dr Zonoobi. “In addition to the access to talent, many government grants and subsidies are available, resulting in an exceptional engineering team for a fraction of the cost in other more expensive centres.”

Canada’s AI ecosystem is also defined by unparalleled government support in the form of the Scale AI Supercluster. A consortium of more than 100 world-class private entities, research centres, academics and high-potential start-ups, Scale AI is one of Canada’s five superclusters: areas of intense business activity that have been supercharged with up to C$950m in federal government funding, matched dollar for dollar by industry 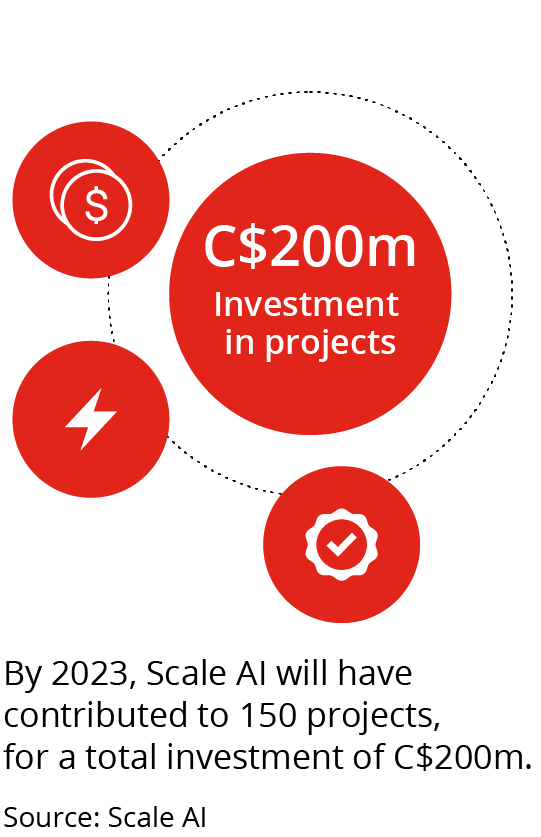 Based in Quebec and spanning the Montreal–Waterloo corridor, the Scale AI Supercluster is dedicated to bringing the retail, manufacturing, transportation, infrastructure and ICT sectors together to build more intelligent and resilient supply chains, while accelerating the integration of AI, and scaling large and small organisations along the way.

As of June 2021, Scale AI has announced funding for more than 150 projects, representing more than C$200m of investment in AI industry-led projects, AI training initiatives and AI acceleration programs.