As the imperative to decarbonise the global economy becomes increasingly clear, hydrogen is becoming a key tool in that endeavour. It can be produced without any greenhouse gas emissions and does not cause pollution at the point of use. A versatile source of energy, it can replace fossil fuels in applications from heating homes to fuelling heavy transport, such as lorries, trains, ships and even aircraft, that account for 13 per cent of global CO2 emissions.

Hydrogen can also replace carbon-emitting fuels in “hard to abate” and high-emitting industries such as steel, cement and glass, which account for 14 per cent of global emissions. Like heavy vehicles, these industries do not have viable paths to electrification.

“Hydrogen might be nature’s smallest molecule, but its potential is enormous,” The Honourable Seamus O’Regan, Canada’s Minister of Natural Resources, has said, and this is true in terms both of tackling climate change and boosting the economy. 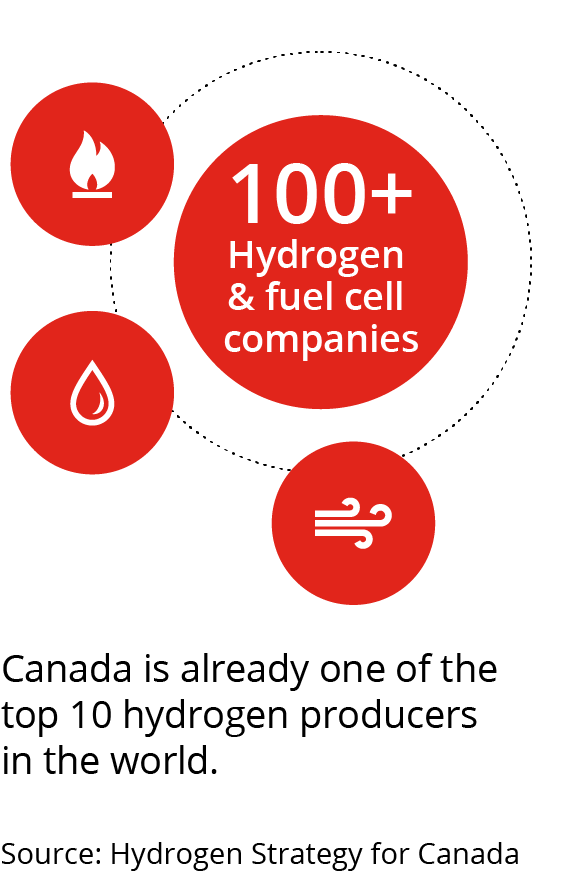 Canada has many natural advantages in terms of building a hydrogen economy: almost 60 per cent of its electricity is renewable and can help produce green hydrogen, and it also has abundant fossil fuel resources and some of the world’s best CO2 storage sites for producing blue hydrogen. The Department of Natural Resources Canada says Canada’s hydrogen strategy could create up to 350,000 high-quality green jobs over the next three decades. “It provides new markets for our conventional energy resources and holds the potential to decarbonise many sectors of our economy,” O’Regan says.

Governments and businesses have thrown their support behind the hydrogen economy. The Hydrogen Council says that projects worth at least US$300bn are due to be built globally during the 2020s.

Hydrogen is widely used in industry today, but most of it is made from natural gas, and for every tonne of hydrogen produced, 10 tonnes of CO2 are released to the atmosphere. We need to produce hydrogen cleanly for it to help us decarbonise. There are two main ways to do this. The first, known as blue hydrogen, is to capture the CO2 generated in the current production process and store it underground or use it to make other products, in a process known as carbon capture, usage and storage (CCUS).

Types of hydrogen production in Canada

Green hydrogen, by contrast, uses renewable electricity and electrolysis to break down water into hydrogen and oxygen. No CO2 at all is created during the process. Blue hydrogen will dominate the sector initially, because equipment to capture CO2 can be fitted to existing production plants. Green hydrogen will accelerate fast but, to become mainstream, it needs much more renewable energy capacity and a huge scale-up in electrolyser capacity.

This is happening. In September 2020, there was only around 200MW of electrolyser capacity worldwide. Projects announced for the 2020–2025 period add up to more than 25GW of capacity, with new initiatives announced almost every week.

In September 2020, there was only around 200MW of electrolyser capacity worldwide. Projects announced for the 2020 - 2025 period add up to more than 25GW of capacity.

Canada already has a number of green hydrogen projects installed or under construction in Quebec and British Columbia.

Forecast worth of global market for hydrogen by 2050

In Alberta, the centre of Canada’s fossil fuels sector, there is more of a focus on blue hydrogen projects.

Hydrogen is going to be a key component in the low carbon economy, and Canada has all the ingredients to develop a competitive and sustainable hydrogen economy. 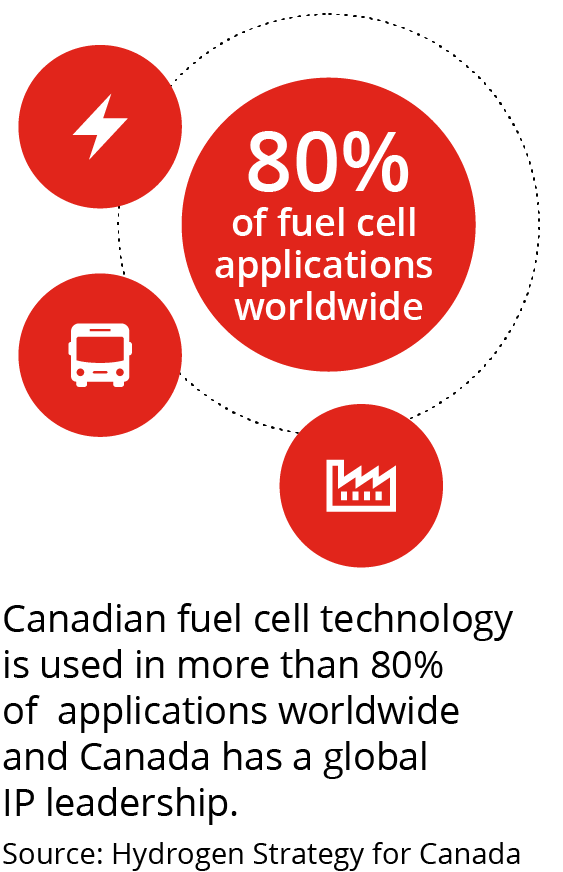